In his presentation, Miguel Ángel Gimeno highlighted the importance of the "NEIWA European Network for all competent authorities and for the protection of whistleblowers, as a unique forum to exchange experiences" 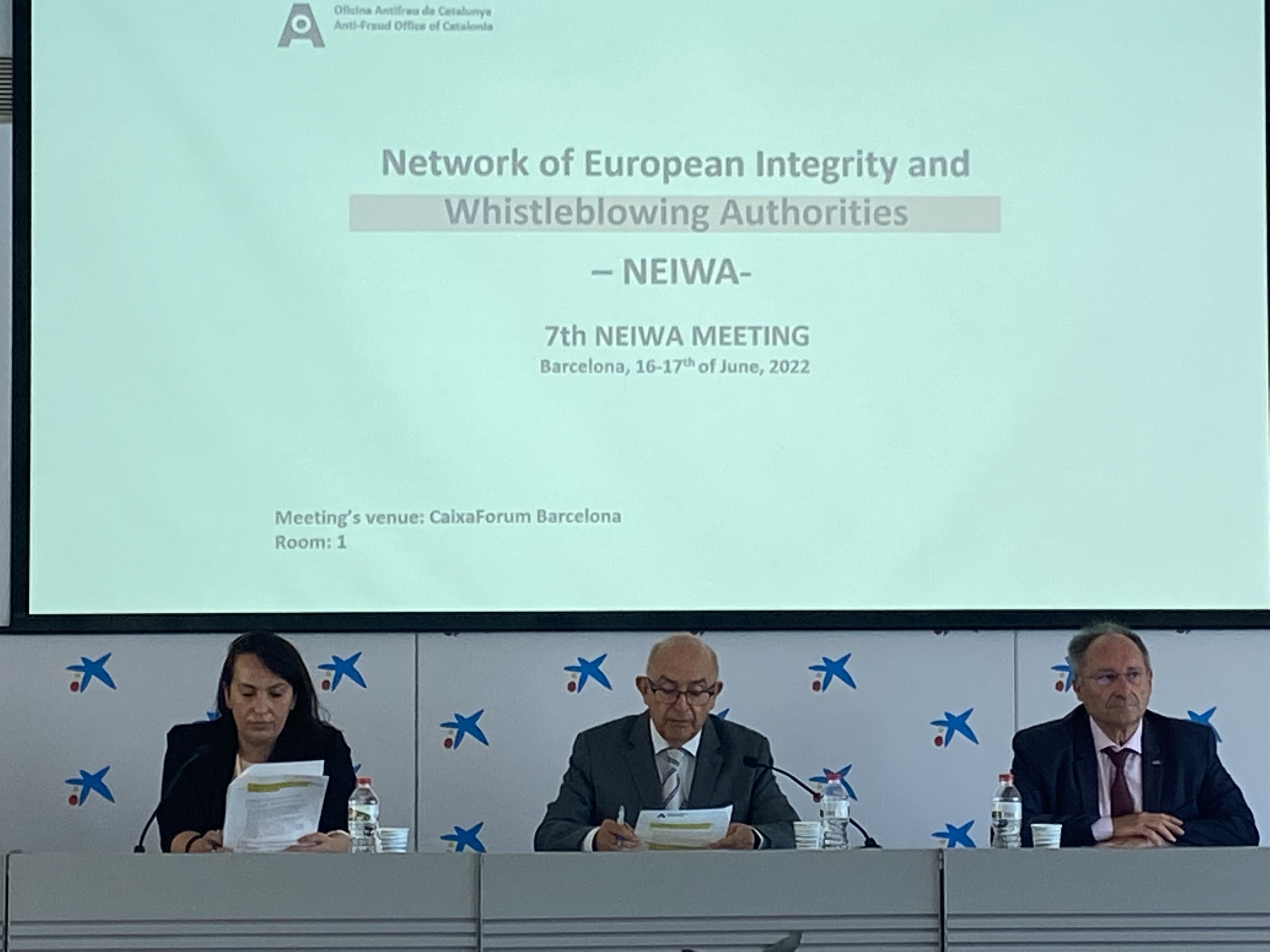 June 17, 2022. The Anti-Fraud Office of Catalonia has organized the regular meeting of the Network of European Integrity and Whistleblowing Authorities – NEIWA, which takes place in Barcelona yesterday and today.

The Director of the Anti-Fraud Office of Catalonia, Miguel Ángel Gimeno, has opened the conference with a welcome speech where he has explained the areas of possible improvement and the recommendations that Anti-Fraud has presented to the Draft Law regulating the protection of persons reporting on regulatory infractions and the fight against corruption, which transposes the European Directive at the state level.

Mr. Gimeno has highlighted the importance of the “NEIWA European Network for all competent authorities and for the protection of whistleblowers, as a unique forum to exchange experiences and be able to monitor, first-hand, the regulation that other countries of the world are deploying the Union in order to try to improve the regulatory frameworks”. 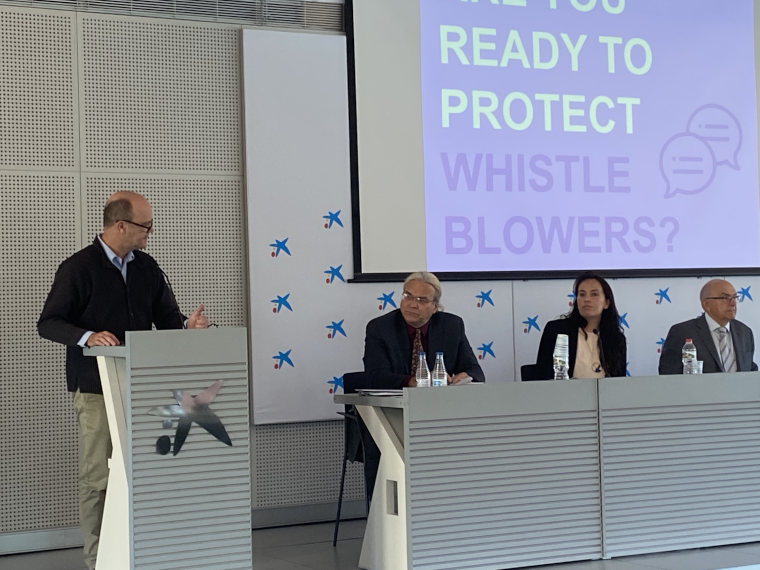 The day has continued with the constitution of four working groups, which dealt with various topics of interest to the network. Specifically, 'NEIWA's raison d’être, Membership and Structure', 'Financing Options', 'Better Understanding each other and Skills of Others' and 'New Overview of Transposition Progress and Specificities of Transposing National Laws' the EU Directive'.

Today, the four working groups have presented the conclusions and the debate has been opened for the joint declaration of the NEIWA of this meeting, which will be made public in the coming days.

In the closing speech of the conference, the Director of Prevention of the Anti-Fraud Office of Catalonia, Òscar Roca, expressed the conviction that "every little effort that can be made to improve the protection framework for whistleblowers has value and contributes to strengthen us as a society”.